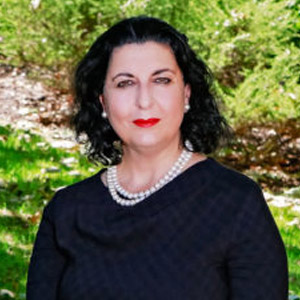 Freda joined the team at Tilenni Stiles & Associates in 2002 after working for 15 years as a Psychologist and Program Manager with the now Disability Services Commission and a parent-centred organization, Parents as Educational Partners. Over the years in the firm her role and responsibilities have evolved as the firm has grown and expanded its service offering to clients – developing from a tax accounting to an accounting, business advisory and financial planning firm. In April 2015 she was appointed Director of Access Finance Partners Pty Ltd.

She has been committed and active in supporting the firm developing its culture towards ‘excellence in all that we do!’

Freda’s skills are in the area of relationship-building, communication, leadership, strategy and governance developed through her active involvement and participation in a diverse range of organisations and businesses.  She openly shares with the team her learning and insights as to the social and community issues that may be faced by clients.

Freda has been a member of the RAC Council since 1995, its President from 2005-2007 and the National President of the Australian Automobile Association (AAA) from 2007-2009. She is honoured to have been the first female to hold the position of President of both organisations. In addition to her role as a Councillor of the RAC she is a member of the RAC Sponsorship Committee focused on grant-making to the WA community. Currently Freda serves on the Steering Committee of the Road Trauma Support WA service and the Mercedes College Advisory Council

Freda has served as a board member and Chairperson of Therapy Focus Inc. and People Learn Productions Inc. In 2004 she was appointed by the state government and served for 6 years as a Lotterywest Commissioner. From November 2010-2013, Freda served as a member of the National Road Safety Council.

Freda has been married to Tony Tilenni since 1991 and together they have two adult children. Her interests are many and ever changing as her life journey continues.