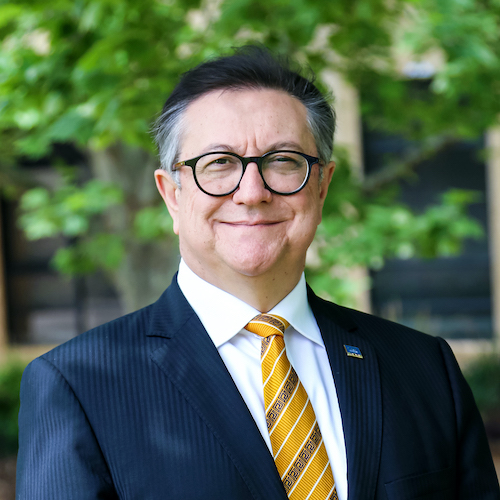 Tony has been an Accountant and Taxation Agent since 1981 and from this time has been passionate and committed to helping clients achieve their personal and financial goals, ambitions and objectives. In 1997, Tony recognised the need to provide a total financial service to his clients and so in addition to the Practice providing Taxation, Business Services and Accounting advice, Tony extended services by offering Financial Planning advice as an Authorised Representative of Count Wealth Accountants, which has now been in existence for over 40 years.

From 2001 onwards, Tony received numerous annual Awards of Excellence in recognition of his outstanding achievements in providing professional financial planning advice to his clients. In reaching this milestone, Tony became a Count ‘Star’ – a ‘Senior Wealth Adviser’ in Counts Top 50 advisers in Australia. The practice continues to be recognised as one of the TOP 5Count advisory firms out of some 150 Count firms Australia wide.  As from June 2017, the firm has been the largest Count member firm in WA.

In 2015, Tony was also chosen from some 600 Count Advisers to receive the “Pinnacle Award” for his outstanding contribution to Count culture, the Financial Planning Industry and the Community.  The award currently has only five recipients over Count’s 40 years of existence.

Apart from Tony’s involvement with the practice, he was originally elected in 1986 onto the Presidium of the World DanceSport Federation (WDSF), which is recognised by the International Olympic Committee (IOC), The International World Games Association and GAISF.  In 2001, ‘The Year of the Volunteer’, individual Presidium Members received Diplomas from the IOC in recognition of their efforts.

Tony was elected as Treasurer of WDSF in 2007 and re-elected to the position in 2010, 2013 and 2017 when his position was renamed as Finance Vice President. In 2019, Tony was also elected as the First Vice President of WDSF.  The IOC has provisionally included “Breaking” as a DanceSport discipline for the 2024 Paris Olympic Games.